Drinking Water - the most precious resource
for mankind

Employees of W.E.T. have decades-long experience in drinking water treatment. Our know-how encompasses a wide repertoire of process steps that can be combined based on individual requirements. We have the capability to analyze the untreated water and develop a treatment process that meets the respective specifications for the desired water quality.  In complicated cases we perform tests, such as for flocculation, to ensure that the appropriate process is determined.

After the treatment process has been determined, we prepare a process diagram with all of the components required for treatment. Depending on throughput capacity, the sizes and types of the required units are determined and the pipes are dimensioned. The measurement and control systems are defined specifically for the installation and external interfaces are determined. If necessary, we can prepare corresponding process descriptions and calculations of the expected operating costs.

Based on the process diagram, piping designs in 2D and 3D can be created in connection with the building plans. From these installation plans, we can develop specifications for tendering and award of contracts.

Our engineers can assist with commissioning and develop appropriate specifications during setting of system parameters.

After commissioning and trial operation, we provide advice and assistance in case of any problems during operation. Our After Sales Service department handles replacement and wear parts, as well as necessary operating materials.

For existing systems, we can devise restoration plans, help with troubleshooting, and develop optimization and safety concepts. 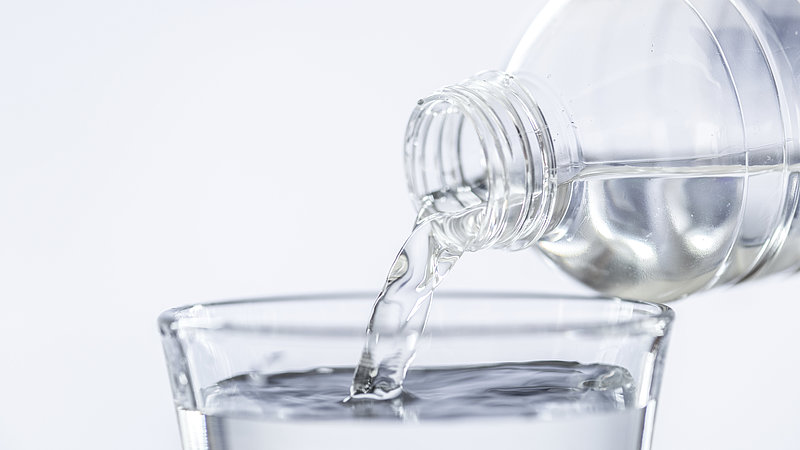 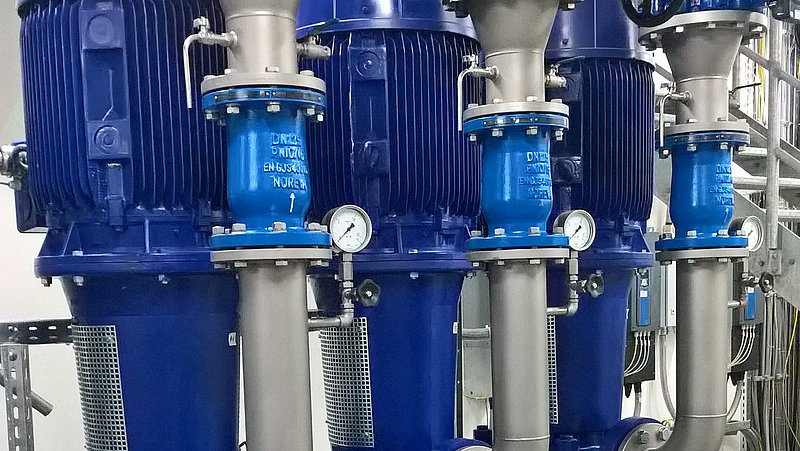 A waterworks serves to treat and supply drinking water.

Not all water is suitable for human consumption immediately after it comes out of the ground.

No two waterworks are alike!

The composition of the water plays a major role.

Important factors are the quantity of drinking water needed to supply the population and the local circumstances; e.g., is there a sewer connection, or where is the next water tower? Many questions must be answered, and only customized solutions lead to success.

A great deal of technical expertise and experience are needed to take all aspects into consideration that are necessary to build a well functioning waterworks. 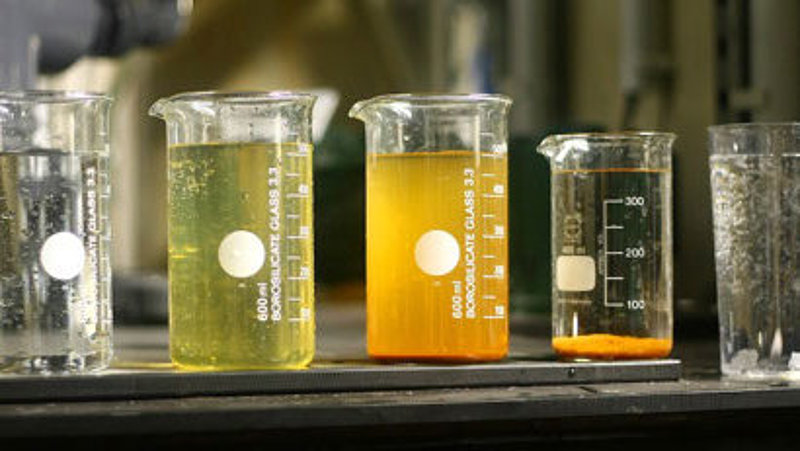 Sterilization is a fundamental concern of water treatment.
Water for human consumption must be virtually free of germs that endanger health.

Disinfection is frequently accomplished by the addition of chemical substances that kill
off bacteria and viruses. In water treatment, chlorine compounds are mostly used.

Ultrafiltration offers a purely mechanical means of disinfecting the water.
Chemicals are used only to clean the membranes and are not added to the drinking water.

Drinking water is mainly composed of groundwater. The nitrate content is often too high – nitrates get into the water through rain or melting snow after fields have been fertilised – exceeding the limit value of 50 mg/l. Spring water with a high nitrate content requires reliable treatment.

Low pressure reverse osmosis (also nanofiltration) filters water through a very fine, semipermeable membrane. The nitrate ions are caught in the membrane, while the purified water flows through it. Due to chemical corrosion, only a partial flow is treated, and then blended with untreated water. Since the membrane process makes the water slightly acidic, it is normally deacidified to finish, to return it to a pH value in accordance with the German drinking water ordinance.

Depending on the layers of rock and soil that it flows through, spring water often has calcium or magnesium content that, as calcium carbonate and magnesium carbonate, reduces the effect of soap and detergent, causes limescale to build up inside pipes and appliances and leaves behind unsightly stains on surfaces. It can also affect production processes in industry.

The latest technology uses low pressure reverse osmosis (also nanofiltration) to treat water by pressing it through a very fine, semipermeable membrane. The substances that cause hard water are caught in the membrane, while the softened water flows through it. The now softened water is then blended with a smaller partial flow of untreated water to achieve the required degree of hardness. Since the membrane process makes the water slightly acidic, it is normally deacidified to finish, to return it to a pH value in accordance with the German drinking water ordinance.

Hardening means increasing the hardness of the water. It serves to reduce corrosive characteristics and lower pH levels. Water hardness occurs normally as carbonate hardness from the dissolving of lime or dolomite through carbon dioxide.

Deacidification means removal of the aggressive carbon dioxide from the water. Drinking water is adjusted to a lime / carbon dioxide equilibrium. Water with a higher content of carbon dioxide would corrode some tools and cause damage to pipes and fittings.

There are two kinds of processes:

With physical (mechanical) deacidification, the dissolved carbon dioxide is reduced by sprinkling, irrigation, or spraying. For this purpose, cascade systems, corrugated sheeting systems, aerators, or packings are used.

With chemical deacidification, the carbon dioxide is bound with crushed limestone or over dolomitic filter material. There are other options with different advantages and disadvantages.

The decision as to which of the many possible processes is the best suited can be made by us with the help of software that calculates the lime / carbon dioxide equilibrium, but without precise knowledge of the local circumstances.

Removal of iron
a

Surface water often contains none, or only very small amounts, of these metals. In groundwater, quantities are more often found that must be removed.

The drinking water ordinance specifies a limit for both metals.

Most treatment systems consist of aeration and a filtration. In case of higher concentrations, a gravity separator and multi-layer filter are also used. However, it can take weeks to months before the treatment is functioning well, as the filter material must be worked in first before the desired reduction is achieved.

Radon is a naturally radioactive noble gas present in the soil. It is colorless, odorless, and heavy, so that it can accumulate unnoticed in poorly ventilated areas or washrooms. In the process, the radon concentration increases in the living space, which can lead to increased risk of cancer when inhaled.

Radon has the largest share of natural radiation on the earth’s surface. The average dose to a German citizen from the alpha emitter radon is about 1.4 mSv/a (millisievert per year). The most frequently occurring radon isotope is ²²²Rn, which has a half-life of 3.8 days.

Radon itself decays to the so-called radon decay products polonium-218, bismuth-214, and lead-214, which have a lower half-life (up to 27 minutes) than radon.

The radon decay products embed themselves in aerosols in the ambient air and reach the deeper regions of the lungs through inhalation, where they irradiate lung and bronchial tissue. In the most unfavorable case, this process can result in cancer.

Where does radon occur?

Radon originates in the earth and rocks, but also, and mainly, in granite. From there, the radon atom reaches from the topmost soil layers into the groundwater or the atmosphere by means of diffusion.

The noble gas radon occurs exclusively from the natural decomposition of uranium and thorium, which is found in rocks and in the ground.

Depending on the various local geological and hydrological conditions and the different water treatment methods, the radon concentration varies between a few Bq/l (radon activity in becquerels per liter of water) and maximum values of more than 1000 Bq/l.

For protection of the public from exposure to radon in drinking water, EU recommendation 2001/928/Euratom designates a value of 100 Bq/l as reference value for water.

According to the recommendation from the German Commission on Radiological Protection (Strahlenschutzkommission, SSK) of December 2003 and from the WHO (World Health Organization), the actual value of radon in drinking water should also be below 100 Bq/l.  This value corresponds roughly to a radiation dose of 0.4 mSv/a. If the radon level exceeds 100 Bq/l, remedial action is recommended.

An increased soil air concentration is present based on the geological causes of high radon exposure in case of increased values in water. The local population is therefore exposed to greater amounts of radiation.

The exposure to radon in drinking water can be associated with the following problems:

Drinking water with radon is not suitable for babies and small children.

The mineral and table water ordinance, therefore, requires that products labeled as „suitable for preparation of baby food“ have values that limit radioactivity. Direct cosmic radiation and the radioactive substances occurring naturally in the food still have around 0.3 mSv/year.

Possible consequential damage in the progeny of persons exposed to radon can occur if in the unborn child the limit of 1 mSv is exceeded. This can be prevented if in the mother the limit of 20 mSv is not exceeded.

The uptake of radon increases the risk of cancer.